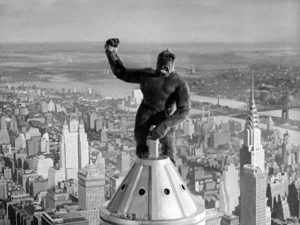 This post might seem to meander, but give it a chance because I want to provide you with a glimpse into how backstabbing and disloyal business colleagues can be.

First off, being the boss has its advantages and disadvantages. There are a lot of haters out there.

There are a lot of haters inside too. I’ll explain what I mean about inside in a sec.

And the more successful one becomes, the haters seem to multiply exponentially.

I’ve worked for some of the top magazines in the world.

I’m not bragging; I’m just telling it like it is.

To be clear, this blog post isn’t about Newsweek Magazine. But I wanted to give you some insight into my publishing experience because I had a lot of it and worked diligently for years in order to move up the corporate ladder.

When I finally reached the top position, as the publisher and chief operating officer of an unnamed magazine, I thought that was the happiest I would ever be in my career.

I was so wrong.

With the top job came a ton of outside animosity in the form of hate mail and letters about how the press were liars and twisters of the truth.  The usual blame-the-press partisan political nonsense.

But it was the simmering resentment from the inside, that I couldn’t understand.

I mean, it wasn’t my fault I had been hired to run the magazine. If some of the wannabes on the inside didn’t get the job, why was that my problem?

Now everyone in the publishing industry knows that there is fierce competition between the editorial side and the business side of magazines and newspapers.

And in many publishing outfits, the editors get paid less than the senior business executives. In most magazines, the business side has control over the bottom line, so if revenues are up and business is flourishing shouldn’t they get rewarded for their success?

Anyway, I say that as a life-long business side executive. I’m sure the editors would have their own take.

The bottom line is that there is a constant internal battle between the two entities:

Who’s the dog and who’s the tail?

I’m not saying that all editors have it out for their business-side counterparts. But as they relate to this story, I’ll leave that for you to decide.

Anyway, I wanted to give you some background.

And now for the story.

The magazine I was in charge of was editorially heavy. Most of the employees were editors, or in editorial layout. Even the IT guy was mostly a troubleshooter for the editorial staff. And the receptionist was a junior editor who helped with the phone lines.

I had one business-side employee—the circulation director—who was responsible for the circulation and marketing of the magazine. I handled everything else business-related, including advertising sales.

As the boss, I wasn’t exactly “buddies” with the staff. My job was stressful, the hours were long, and the pressure to succeed was enormous. As such, I expected a lot from my staff.

But, in my mind’s eye, I expected a lot from my staff, but I was generous, understanding, and empathetic. And I didn’t expect anything from my staff that I wasn’t willing to do myself.

And yet what occurred in this story is going to stun you.

The magazine was closed from Christmas Eve through New Year’s Day. I had fought hard with corporate for those days off, and I was happy to be able to provide them to the staff.

Workwise, I couldn’t wait until the new year because my circulation director, who had just had a baby girl, was on maternity leave, and I was looking forward to her return on January 10.

As a former circulation promotion director (at Newsweek), I had extensive circulation experience, so, while she was out of the office, I had assumed all circulation-related responsibilities, in addition to my other duties, and the pressure was intense.

And as a result, I was working tons more hours than usual. With young kids at home to worry about, I was counting the days until my circulation director came back.

My youngest child was finally at an age where she was coming home alone after school and taking care of herself until my son or I got there.

This newfound freedom for my daughter was something she was incredibly proud of, and it took a massive weight off of my shoulders.

I was, for the first time since my children had been born, seeing in real-time that there was finally going to be a light at the end of the childcare tunnel.

January 10 couldn’t come fast enough. My first day back to work was January 3.

Our office, which was located at 4th Street and Broadway, opened at 9:00 am, and I always tried to get there no later than 8:30 am.

That day was no exception. I sat at my desk and checked my emails.

The staff started arriving, peeking their heads into my office, saying hello, wishing me a happy new year, and making small talk.

My IT guy sat in my office and we spoke at great length about projects set up for the coming weeks. A few editors also stopped by to check in and ask about my time off.

At 11 am, I received a chilling phone call from the young woman on maternity leave.

In near hysterics, she shouted into the phone that she had received a letter from a former magazine employee, and in her words, “It was disturbing.”

This former employee she spoke of, had been in the editorial layout department and had recently resigned.

When he came into my office in early December to give me his two-week notice, he informed me that he was moving back to wherever small town he was from to live with his sister.

My circulation director cried her way through the story, explaining that this ex-employee had written to express his undying devotion to her. In his rambling letter, he also referred to her as the Greek Goddess Demeter and mentioned wanting to meet her newborn daughter.

She further explained the letter was dated December 25, and at the top of the letter, was the iconic black and white image of King Kong hanging onto the Empire State Building, holding the girl in his hand.

She was in a hysteric state and I was worried about her. This letter was downright scary.

She whimpered as she further explained that when she looked up the Greek mythological figure, she was the Goddess of sacred law and the cycle of life and death.

And then she told me something really terrifying:

One day while Demeter’s daughter Persephone was out picking flowers with her friends, the earth opened up and Hades kidnapped her to be with him for all eternity in the underworld.

The daughter of Demeter had been abducted by Hades, the god of the underworld?

I was so shocked I didn’t know what to say.

“I totally understand,” I replied as softly and caring as possible.

I didn’t blame her. After all, I too had a precious daughter, and if anyone ever so much as looked at her cross-eyed, I don’t what I would do.

My brain was racing as to how best to console this beyond hysterical new mom. And then she hit me with the bombshell.

“He mentioned you in the letter as well.”

“Me?” I asked incredulously.

She didn’t answer me, so I repeated my question.

Her answer left me cold.

“Yes, you. And your daughter.”

Okay, so threaten me, and depending on my mood, I might cut a bitch.

But threaten my daughter?

I got off the phone, jumped up and closed my office door, and then called corporate.

Then I called the New York City police.

After composing myself, I walked around the office to briefly let everyone know that a detective from the NYPD was on the way to our office and why.

The staff all stood there, seemingly dumbfounded. Nobody said a word.

I rushed back into my office, closed the door again, and called a friend to ask her to drive over to my house immediately and asked her to stay there until I got home.

Even though my daughter and son were still in school, I wanted to make sure someone was there as soon as possible.

Then I called my local police and set up a time to go to the precinct when I got home.

I sat behind closed doors, stunned until the editor/receptionist called me on the speakerphone to let me know the police had arrived.

Two detectives questioned me for about an hour and then spoke on the phone with my now ex-director.

While the detectives walked around the office and interviewed the staff, I made a call to my kids’ school and to the local police department where my former circ director lived.

As I finished up, the detectives came into my office and closed the door.

“What kind of relationship do you have with your staff?” one of them asked me.

“I have a great relationship with them,” I answered, somewhat defensively. “Why do you ask?”

They took turns explaining to me that there were other letters out there. It took a minute to register.

“Other letters? Who were they written to?”

The detectives looked at me solemnly. “Everyone on staff,” one responded.

“Except you,” the other detective added.

My whole body tingled, and I could only repeat what they had told me.

“Everyone on staff? Except me?”

They placed a pile of letters on my fancy mahogany desk.

Every letter was topped with December 25, King Kong and the girl.

And the one thing that tied all of the letters together was that they all mentioned me.

He was ranting in many of the letters about how I fired him, and how, because of me, he was living in one room with a hot plate.

Because of me? He quit.

He spoke endearingly of my daughter, and reminisced about the times she had come into the office, popped popcorn, and then walked innocently around the office, offering it to the entire staff.

He mentioned my home address in one of the letters.

He wrote in another letter that he had seen me with my daughter at the subway, and spoke about how I kept her close to me and far away from the platform edge.

And two of the letters said: “Your publisher is going to be screaming on Broadway.”

I was screaming inside.

Once I pulled myself together, I demanded that the detectives arrest him.

They went back to their precinct to work on the arrest and to secure a search warrant for his one room.

It took everything in my power not to go to his lousy one room myself, and wring his creepy neck.

I walked out into the main office with the letters in hand.

“No one thought they should tell me that your publisher was going to be screaming on Broadway?” I asked them incredulously.

One of the editors piped in. “We didn’t want to get him in trouble.”

They all hung their heads in shame.