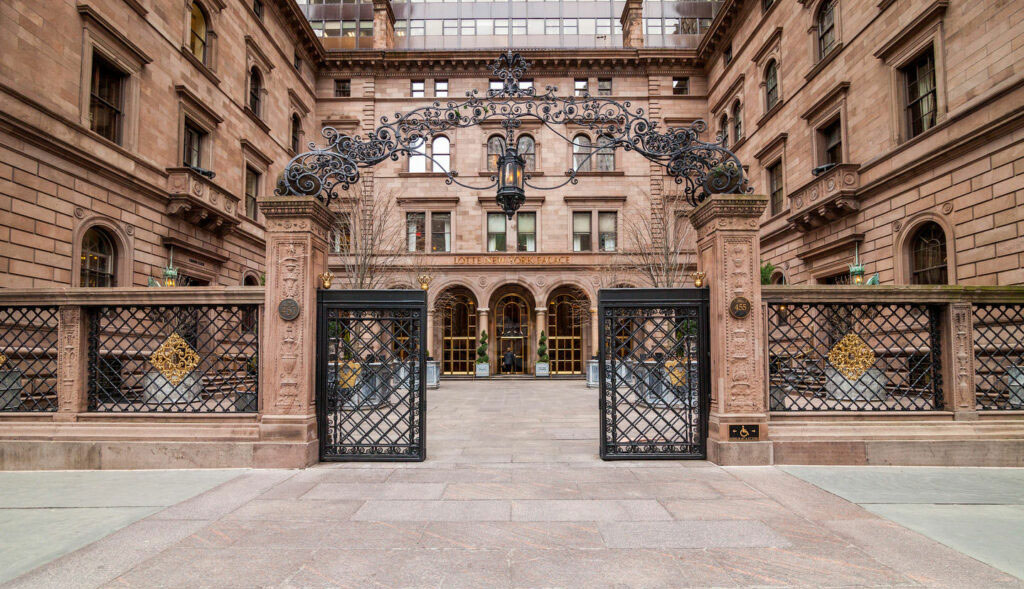 Many years ago, I interviewed for the job of my dreams.

The salary was the culmination of everything I had worked my entire adult life for.

Not only did I want the job, but I also needed it. Desperately.

In pursuit of the dream job, I had been through countless interviews, and this one, HR said, “was the last stop.”

The final decision would come down to an investor, not an employee of the magazine, and a legend in the publishing industry.

I was freaked out.

The interview was scheduled for 7:30 am at the Palace Hotel, on the corner of 50th Street and Madison Avenue.

I was used to the daily commute from Long Island to New York City, but 7:30 seemed a bit much.

I asked the waiter for water and read and reread the pricey breakfast menu.

I went to the ladies’ room.

My heart was pounding, and I was talking myself down (or maybe it was up) the whole time.

At 7 am there was a flurry of activity at the entrance of the breakfast room. His persona was grander than I had imagined.

He stood tall, flanked by the last two men I had interviewed with.

He sat down and then waved to Frick and Frack to do the same.

And make no mistake about it. Frick and Frack were luminaries in their own right.

He ordered hot water with lemon and asked me if I wanted anything.

With my hands shaking and stuck to my lap, I politely refused.

He never even asked Frick and Frack.

“I’m going to ask you a series of questions, and I am expecting you to answer them quickly, with the first thought that comes to your mind.”

After his pronouncement, it was rat-a-tat-tat — one question after another. I tried to answer them as quickly as possible.

Some of the questions (and my answers) remain indelibly stuck in my psyche.

“Let’s start with the hole in your resume.”

“You only completed two years of college. Why didn’t your parents stress the importance of education?”

“Parents?” My question came out as an incredulous blurt.

“I didn’t have parents. I was raised by my grandmother, great grandmother, and mother. I had a family but no parents.”

“Tell me the first three things that come to mind with the letter T.”

He then said, “go,” while pointing his finger for me to start.

“How old was your mother when you were born?”

So did mine. Who the hell had a nano-second to cop a sip?

“What is your means to an end?”

This question gave me pause.

“For me, the end comes before the means. My kids are the end, and then if possible, a stellar career would be the means.”

It was way too early in the morning for this.

“One word to describe you.”

“The worst thing anyone ever said to you.”

“What time did you get here?”

He sat back in his seat.

With that, he stood up. Then I stood up.

As we walked out, he led the parade; I was behind him, Frick and Frack were behind me.

He turned around abruptly, and I came uncomfortably close to colliding with him.

Frick or maybe it was Frack, bumped into me.

I thought we were done here.

“How bad do you want this job?”

We said our goodbyes, and I assumed the interview was over.

But you know what they say about “assume.”

Is this guy kidding me?

“Taxi or subway back to Penn Station?”

I tried my best not to show my exasperation.

“Walking?” was my answer, although it came out like a question.

I saw in his face that I got him on that one.

It was the quickest and most bizarre interview I had ever been a part of.

I left the hotel, trying to figure out what the hell just happened to me.

Tears flowed down my face as I stormed back to the train station.

And I was angry.

If it wasn’t for you?

I got the job.

I was employed at the magazine way longer than Frick or Frack.