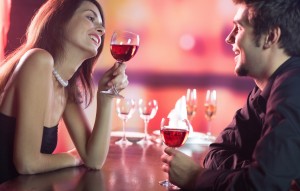 The definition of marketing is the action or business of promoting and selling products or services, including market research and advertising.

I like to describe marketing as a process by which users can learn about and obtain information regarding the end product or service.

But when I was recently asked to write an article clarifying the difference between marketing, advertising, public relations, branding, telemarketing, and strategic planning, I had a difficult time cogently explaining the distinction between all of them.

So below is my example of the marketing process, using a hypothesis many of you parents out there can relate to:

Target Marketing
You’re the mother of the single daughter and on the lookout for an eligible bachelor for her.

Advertising
You’re introduced to the mother of a single son at a party and you say, “My daughter is a successful lawyer.”

Telemarketing
The next day you call the mother of the bachelor and say “Let’s set up my daughter, who is a successful lawyer, with your son.”

Marketing Research
The son goes on the internet to see what he can find out about the daughter.

Brand Awareness
The daughter and the son go on a date set up by their mothers, and the son says “I hear you’re a successful lawyer.”

Direct Marketing
The daughter replies to the son, “Yes, I am a successful lawyer.”

Public Relations
The daughter gives the son corporate material about her law firm for him to take home.

Word of Mouth Prospecting
The son confides to the daughter that he is having tax issues, and she says “We have a successful lawyer at my firm who specializes in tax law.”

Sales Representative
The date between the daughter and son goes well, but she gets the impression that he isn’t interested in her on a romantic level, so she says, “I have a friend who might be perfect for you.”

Loyalty Program
The daughter’s friend and the son are now in a relationship, so the son sends flowers to the daughter to thank her for the setup.

Technical Support
The son has decided that he wants to break up with the daughter’s friend, so he calls the daughter for advice.

Product Recognition
The son levels with the daughter that he has stronger feelings for her than he realized.

Inbound Marketing
The son asks the daughter out for a romantic dinner.

Message Strategy
The daughter buys a new dress and has her hair and makeup done for the date.

Content Messaging
The daughter goes out of her way to impress and engage the son, making sure she makes it clear to him that she’s interested.

Call to Action
The son and daughter have a phantasmagorical date and the son offers to make dinner for her at his apartment the next night.

Guerrilla Tactic
The daughter goes to the son’s apartment for dinner wearing a little black dress and Louboutin heels.

Lead Nurturing
The daughter and the son begin an exclusive relationship.

Brand Loyalty
The son falls madly in love with the daughter.

Viral Marketing
The couple gets engaged and the daughter posts it on Instagram.

BFF or Frenemy? When to Call It Quits