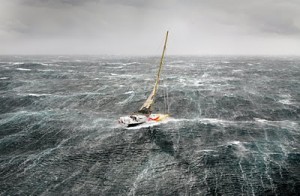 She started to have her doubts about whether or not he was “the one” several weeks before the wedding day.

But the invitations had already gone out and the down payments for the reception, photographer, band, and florist had long been paid.

She confided her trepidation to her best friend who said it was “normal to get cold feet.” She didn’t feel like this was normal at all. And her feet? They were colder than ice.

At her bridal shower, she feigned enthusiasm for among many things, the crockpot, copper cookware, Waterford crystal, and the state-of-the-art Cuisinart she received.

A few days later, she reviewed the photographs of her overly beaming smiley self, head adorned with a fuchsia paper plate, overflowing with colorful ribbons and bows from the myriad wedding gifts. “I’m happy, right?” she kept asking herself as she analyzed each snapshot.

But as she stared into her lifeless eyes in photo after photo, the answer was painfully clear.  There was no happiness to be found. And she was about to make a life-altering mistake.

She decided to sit her soon-to-be husband down for the “talk,” when he picked her up for dinner that night. But when he walked through her apartment door, he excitedly announced that he had a wedding gift for her.

When he put a blindfold over her eyes, she was ecstatic. She was driving around in a hunk of junk, so she was convinced his present was a new car.

At that moment, she felt terribly guilt-ridden over the discordant noise she was hearing in her head and pushed it completely out of her mind. He loved her enough to buy her a car! How insensitive and overly neurotic she was being.

He took her outside and when he removed her blindfold, she was flabbergasted as she stared at him in wonderment.

He was euphoric and happily chirped, “She’s a 28 foot Columbia sailboat built back in 1970! She’s a real beauty and a perfect weekend cruiser. And she’s built like a tank!”

He gushed on, completely oblivious to her disappointment and dismay. “She’s not the fastest boat, but her weather-handling capabilities make up for her heavy build,” he droned on.

She stared incredulously at her soulmate. “He bought me a sailboat, because?” she asked herself as she tried to put all the pieces of the love puzzle together.

He mistook her wordlessness for something positive. “And the top-secret romantic getaway I planned for you is to sail Joanie in and around Long Island Sound!”

This was a double whammy. As a wedding gift, he had promised to “book” a mystery trip for her. Who knew he was going to buy himself a boat disguised as a honeymoon?

“Joanie is the name of the original owner’s wife. I didn’t have time to change it,” he responded, completely unaware of his selfish narcissism.

The next day she sat her mother down to give her the devastating news. She was calling off the wedding. “Absolutely not,” her mother replied definitively. “He adores you, his family adores you, and it’s simply too late.”

“He bought himself a boat instead of booking us a honeymoon,” she whined to her mother, who made some lame excuse for him and refused to listen to another nonsensical word.

So they got married in a waterfront setting, under a tent, during a furious storm of lightning, thunder, pounding rain, and crazy wind. Everyone kept coming up to them and saying how lucky they were—that the rain was a sure sign of good luck on the day of.

She was despondent and positive that the storm on her wedding day was a sure sign that her marriage was doomed.

She reluctantly made her way toward the tent,  on a soggy red carpet, as the wind howled around her.

The wedding and the reception were an abysmal failure. The tent was swaying and leaking, her designer shoes and dress were a muddy mess, and they couldn’t go on their honeymoon because the boat was useless in a storm. So they lounged around in her apartment for two days, waiting for the bad weather to lift. She was depressed and beyond miserable. He was in complete denial.

As soon as the weather cooperated they set sail. His first surprise stop was Fishers Island where he booked one night at the Pequot Inn. He excitedly gave her the Island rundown: At nine miles long and one mile wide, it was an idyllic setting off the Connecticut coast. As he chattered non-stop about Fishers Island, and how she was going to fall in love with it, she was pipe dreaming of Hawaii or Barbados.

They arrived at the Island mid-afternoon. He dropped anchor, threw their collapsible bikes and an overnight bag into the motor dinghy that came with Joanie, and they boated to shore.

She was still furious about Joanie but admittedly loved everything about Fishers Island. Their bike ride to the Pequot Inn was magical. The smell of lilacs permeated the air, the creeping juniper blanketed the landscape, and the pristine deserted beaches adorned the ocean. The hotel was New-England-style quaint, and she actually started to relax and unwind a bit.

After they awkwardly watched a beautiful sunset together, she tried to drum up some romantic connection during dinner. But it was discomfiting and forced, and she found him to be self-absorbed and wondered what she had seen in him in the first place.

She had voiced her unhappiness about his extremely expensive-and-unwanted-boat purchase during the stormy waiting period before the trip, so he knew that the silent treatment she was pouring on him stemmed from little Miss Joanie.

After dinner, he suggested they go for a walk. As they meandered quietly through the darkness, she thought she heard a mewling sound. She grabbed his arm and was apprehensive when she spotted something in the middle of the dark road.

As they approached the inanimate object, she turned her head away from the gruesomely flattened cat. But where was the crying coming from? They followed the whimpering, to the side of the road, where they discovered a tiny kitten, visibly suffering from malnutrition, and near death.

Her motherly instinct kicked in, and she refused to leave the kitten there to die. She told him to run back to the Pequot Inn and bring back a box while she bent down and tried to comfort the scared and withering kitten. She noticed that one leg was bent out at a contorted angle.

When he came back with a shoebox and hand towel, she picked up the withering feline and wrapped it carefully in the box. She insisted on taking the kitten directly to the dinghy, and then onto Joanie, where she safely rested the box in a corner of the deck.

She went below, grabbed some milk and a teaspoon, and was relieved as the kitten furiously lapped it up. She rationalized in her head that if the kitten was still alive when they came back to the boat to set sail the next morning, it was a marriage sign.

She worried about that kitten all night, and any unhappy thoughts of her marriage, and Joanie went out the window. She woke up as the sun was rising, and rode her bike to a deserted beach, and fervently prayed that she would find the kitten alive and well.

When they boarded the boat, later that morning, it was a dreary, dismal day. The kitten was still alive, although weak and severely maimed. She went to the refrigerator, grabbed more milk, and gave the kitten some much-needed nourishment.

She securely covered the shoebox with a mesh shirt, and carefully placed it and the kitten in a bolted corner drawer in the galley below. She partially closed the drawer and tried to ignore the weak meowing coming from the box.

They pulled anchor and set sail.

An hour or so into the trip, a storm brewed. “Secure loose items and equipment on the deck and in the cabin,” he ordered her. “And make sure all the drawers and windows below are closed.” She fearfully scrutinized the turbulent surroundings and could see nothing of Fishers Island or any other mass of land.

The wind was wild and the water was churning violently, tossing the boat around like a wine cork. The drumming rain and sea spray slapped against her face making it near impossible to see. She frantically suggested that they go back to Fishers Island, but he yelled to her that the best thing they could do was to go windward into the deepest water they could find.

She went below and secured and closed everything possible, and checked on the frail but watchful kitten. As she caressed its tiny head, it searched her eyes and purred weakly. She reluctantly left it in the drawer, and hastily climbed back up to the deck where they thrashed around while donning life jackets. Then they tethered themselves to a rail.

The seas were rough and the dark and menacing waves crashed onto the deck and into the cockpit, swirling around her ankles.  Joanie tilted at a 45-degree angle and the pitching caused her to vomit.

She silently begged God to protect her—and the kitten. She played over and over in her head all the things she would do with her life if she were saved.

They eventually weathered the storm, but it was a frightening, out-of-body experience. She wanted off the boat. She wanted off her life. She was so fed up with him—and his precious Joanie. When they finally docked in Old Lyme, Connecticut, her mind was a tangle of turmoil.

The first thing she did was to check on the kitten who was elated to see her, licking her finger with its tiny sandpapery tongue. It tried to sit up but was unable to move due to its injured leg.

“We’re going to be okay,” she whispered softly to the kitten. She carefully took the box, the kitten, and her suitcase off the boat. She was overjoyed to feel land beneath her feet. When he asked her where she was going, she told him the truth. She had absolutely no idea.

He reminded her that they hadn’t even been married one week. He asked her if she was out of her mind. “No,” she quietly answered, “just out of love.” 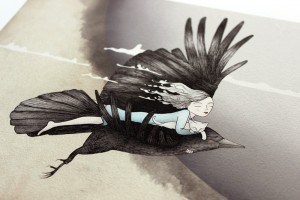 Goodbye—Not Sorry, Seems to Be the Hardest Word
Scroll to top