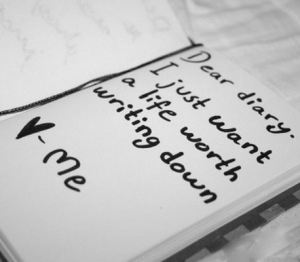 My seventh birthday had finally arrived. Mem and Mom went back and forth as to whether we should have a party or not. I didn’t have many friends, so it would be mostly family, which seemed weird to me since I didn’t have many of those either. But in the end, they decided that a small party was better than no party at all.

On the day of, while I blew up the balloons at the kitchen table, Mere Germaine hid the rat poison under the kitchen sink. Mom was whispering to Mem in French about how unhappy she was that Mick’s two sisters were coming.

I didn’t know I had two aunts, and I was curious although I was hoping that they wouldn’t come to the party with guns.

“I want them all out of her life,” Mom told Mem.  “It’s not that easy,” Mem responded. “With Mere Germaine living rent-free from Samir right now.” Mom reminded Mem that Mere Germaine didn’t want any of them in my life either. Rats and all, Mere Germaine wanted to come back and live with us. I wanted her to live with us too.

I was worried about Mere Germaine being around that side of my so-called family. And I had to agree with Mom that it might be best if they were all out of our lives.

The first and last time I saw my father, Mick was with that woman, and if I never saw either one of them again, that was fine with me. Nobody offered for me to see him again anyway.

I never told Mem and Mom about the cow’s head in Samir’s refrigerator, because I knew if I did, Mom would never let me go back to visit.

Who opens a refrigerator expecting to find a cow’s head? For a long time after that, I added refrigerators to the already long list of things that terrified me.

And if I kept the cow’s head a secret from Mem and Mom, you know I never told them about Uncle Luke and the bloody yellow kitchen table.

Anyway, when my Aunt Mona showed up for the party, Mem and Mom pretended to be happy about it.

And then my Aunt Sara showed up—with who else, but Uncle Luke! My eyes were rounder than saucers, but Luke never let on that we had ever met, and neither did I.

Every time I took a glance at Uncle Luke, he was also looking back at me. At some point during the party, he came over to me and told me that when I was first born, he used to babysit for me and that he used to walk me to nursery school. He asked if I remembered him at all, and I shook my head no.

The only thing I remembered about him was his bloody face and swollen winking eye.

I don’t recall any of the other presents I got that year except for the pink diary from Aunt Mona.

While I was reading what she wrote, she was smiling at me and patting me ever so gently on my head.

And I was thinking, you’re such a liar. If you loved me so much, you would never allow me to live like this.