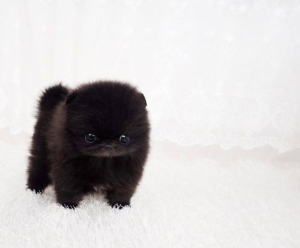 WHAT A DIFFERENCE A MOTHER’S DAY MAKES

Ever since my birds croaked on the rat poison, Mem and Mom have been worried sick about me. They sat me down a bunch of times to talk about my acting out.

I told them that the lie they forced me tell at St. Ambrose started the whole thing, making it easy to make up stories about my life instead of telling the truth about the sucky one I was living. So now, I pretty much lie about everything. My lying is a big worry for them, but their biggest worry is that I’ve been peeing on the rat poison in the corner of our porch.

I told them there was a double reason for that. First off, I hate the pitch-black hallway where the bathroom is, and second off, I want those stupid rats to drink my pee.

Mem cried out “heavens to Betsy” and then took her rosary beads from her housecoat pocket to pray for me. Mom grabbed my ear and twisted it around while yelling that I sounded like a retard. I gave Mom the rat face, combined with hissing sounds, until she threw her hands up and walked away.

Mem and Mom both have it in their heads that I’m a tough nut to crack, but I’m a scaredy-cat. They don’t know it, but I’m afraid of everything. And the scariest of all is coming home to that empty apartment.

With Mem working the 3-11 shift, she’s gone by the time I get home. Every day after school, I force myself to climb the four flights of stairs in the back of our building and then sit at the kitchen table until Mom shows up for supper.

I check the clock in the kitchen and then run as fast as I can from one end of the apartment to the other to press my face against Mem’s bedroom window, hoping to see Mom walking down the street. Then I run even faster back to the kitchen, convinced that the rats are waiting for me in the hallway.

I rock myself on a kitchen chair, willing my bladder to cooperate, so I don’t need to go to the bathroom by way of the dreaded scary hallway. If I can’t hold in my pee, I pee outside in the bowl of rat poison — way better than on the porch floor.

“The poor dear is lonely,” Mem told Mom in French a few days after the ear twisting while I colored at the kitchen table and pretended not to understand. Lonely wasn’t the half of it.

A couple of weeks later, Mom promised to take us all out to an expensive restaurant for a Mother’s Day lunch in New London.

The Lighthouse Inn was surrounded by water and was the fanciest place I had ever been. There was a path leading up to the front door with the most beautiful flowers, and on the front lawn, kids threw coins into a giant stone fountain.

I stuffed my face with eggs benedict and crispy bacon and washed everything down with my Shirley Temple cocktail. After brunch, I convinced Mom to let me throw a penny into the fountain and make a wish. The fountain area was filled with families who all had the same idea, and as we squeezed in and out of the crowds toward the fountain, Mem threw up everywhere.

Well, the crowd emptied out quick enough, and to their horror — and ours, Mem’s top false teeth flew out of her mouth and plopped right into the fountain.

Mere Germaine and Mom looked at Mem in shock as she bent over, fished her teeth out of the water, shook them off, and popped them back into her mouth. Then she turned to us and said, “la nourriture était trop riche,” which means the food was too rich.

Mom said she wanted to get the hell out of there. I was in no rush because I still never got to throw a penny in the fountain. She dragged me to the car, all the while talking under her breath about how embarrassed she was and how she couldn’t take us anywhere without us causing some kind of a ruckus. Mere Germaine was holding onto poor Mem, who was nauseous as all get out.

We got into our rickety old car Mom borrowed from a friend, and it took a few tries before the engine turned over. Mom was super unhappy, and I figured our Mother’s Day fun was over — ruined by Mem’s teeth flying out of her mouth.

We drove for a while and came to a white house with a large red barn. Mem, burping, and gagging, stayed in the car with Mere Germaine. Mom took my hand, and together we walked up to the house, where she rang the doorbell. An old lady answered the door and walked us to the barn.

When she opened the latch to the barn, there was a pile of tiny black puppies! I was happy to be playing with the baby fluffballs but ran back to the car to get Mem and Mere Germaine so they wouldn’t miss out on the fun.

When we got back to the barn, the dog lady handed me what she called the runt of the litter. “He’s a Pomeranian, and he’s got papers,” Mom told me proudly as he licked my face with his teensy red tongue. I was confused as to why I was there and what a puppy would need with papers.

“He’s yours,” Mem said lovingly. “Someone to keep you company,” Mere Germaine added. The old lady pulled out a folded paper from an envelope as I smooshed the little black snowball against my chest.

She proudly presented Mom with some papers and said, “His mother’s name is Lady Marlene, and his name is Marlene’s Onyx Jet.” “His name is Jet,” Mom told me.

Jet? I didn’t like that name. It didn’t fit my puppy at all.

“What’s his father’s name?” I asked. “Who cares about his father?” Mom responded, annoyed. The old lady pointed out a line on the paper and said, “His father’s name is Captain Jean Ribault.”

“I’m calling him Rib,” I told everyone, even though they thought it was a stupid name. On the way home, all three of them tried to talk me out of calling him Rib, but my mind was made up.

It was a Mother’s Day I will never forget. Poor Mem asked Mom to pull off the side of the road so she could throw up again, and right before we got to White Street, Rib puked all over my new dress. All Mom cared about was that we didn’t get throw up all over her friend’s car.

Now with Rib in the picture, when the school bell rings, I race back to our apartment, fly up the stairs, and burst into the kitchen where my little man is always patiently waiting for me.

The bathroom? The hallway? No problem. Rib leads the way and stands guard at the bathroom door, growling and barking. He’s a tiny thing, but Mom says he thinks he’s a Great Dane, and I guess whatever is in the hallway thinks so, too, because nothing scary ever shows itself when Rib is around.

And best of all, there’s no more peeing on the poison even though the rats deserve it, and not too much lying, except for making sure I don’t forget to tell everyone at school that my Mem is my mom and my Mom is my sister.

Now instead of sitting in the kitchen, willing myself not to pee, I can dress Rib up in his pink tutu and whip him around the kitchen with his tiny front legs. Don’t worry, I won’t hurt him, because he likes it.

The two of us swirl and spin in circles until I fall, and he jumps all over me. I laugh, and he barks, and then we both try to walk our dizzy selves straight.

Hooray for Mother’s Day because now it’s Rib and me — my best friend, my guardian angel, my hallway guard, and the one and only man in my life.